About The Girlfriend Goddesses® Jewelry Collection 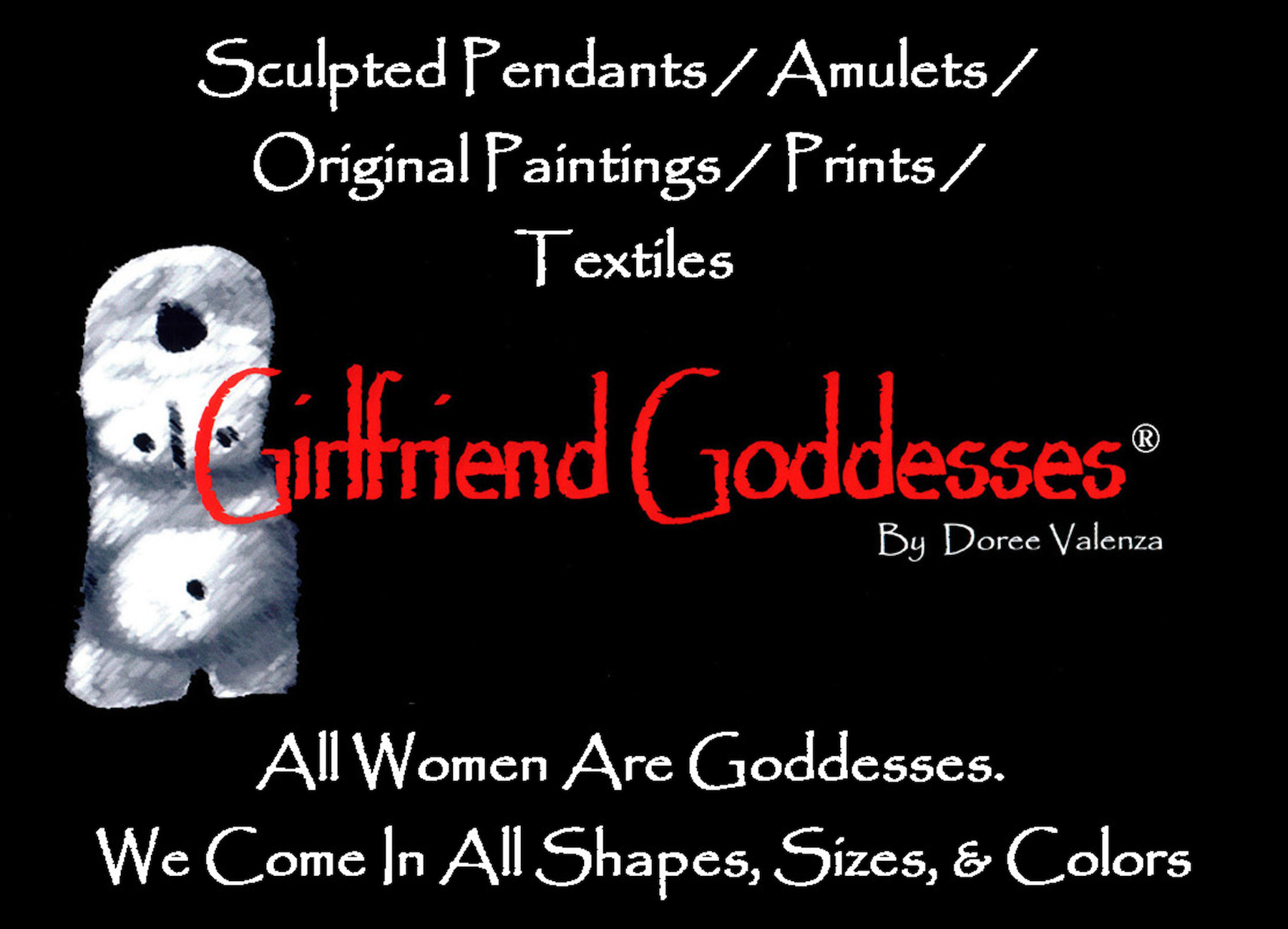 The Girlfriend Goddesses® figures are symbolic figures of womanhood inspired by the early Venus figures that were found in archaeological digs dating from the Ice Age 25,000 years ago. The most famous of these figures is the Venus of Willendorf, the Upper Paleolithic Venus found in Austria in the 19th century.

Paleolithic - adjective Archaeology relating to or denoting the early phase of the Stone Age, lasting about 2.5 million years, when primitive stone implements were used (as noun the Paleolithic) the Paleolithic period. Also called  Old Stone Age.


I have always been fascinated by these early fertility symbols and their real meanings.  Were they magic totems? Were they religious offerings?  Were they worn to keep the wearer safe?

The early figures were made from the earth out of clay and carved rock, and found in caves. Carved into the top of the figure were holes, and it is thought that some were worn around the neck as individual pendants or amulets or as personal adornment.  Maybe early man / woman thought the earth itself was a living thing that all life generated from.   We will never know their real meanings.

Factoids about the early Goddesses

-Most are naked or represent portions of the female anatomy

-They were classified together as “fertility symbols”

-They are often full in the belly

-Thought to be associated with magic or totems

-Associated with the lunar /biological/ seasonal cycles, the birth and rebirth in all life and nature

-Woman as Mother of the creatures, mother earth, sky, waters

-Could have been an offering and thanks for a safe delivery

They are great for all stages of life…

Wear my jewelry charms & you will never be alone, you will always have a Girlfriend with you!

The goddesses are hand-sculpted. Each one of my Girlfriend Goddesses® has their own personality.

They come with a history card in a clear top padded box.

Hope you enjoy my creations, I enjoyed creating them for you!